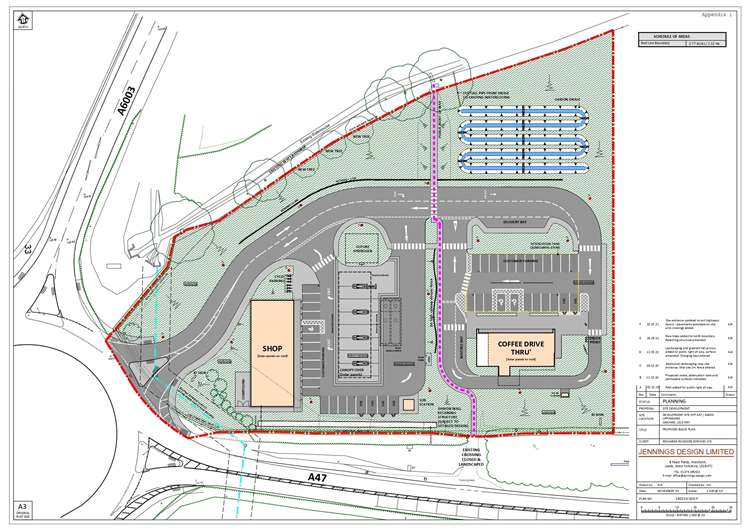 It is a fact that the those submitting this application could have applied to locate this new fuelling station within the commercial zone on the other side of the A47 (already recognised in the Rutland Local Plan) and still achieve all the commercial objectives they wish to achieve. They have deliberately chosen not to and instead seek to build on valuable open countryside.


Specifically, CPRE Rutland objects to this application because:
• It conflicts with Local Plan policy intended to protect the county’s market towns. It is felt that the officer’s advice that this application will not impact on Uppingham is fundamentally incorrect given its conflicting retail offer of a convenience store and its close proximity to another garage (less than one mile)
• The proposed site is outside the planned limits of development
• Electric charging points are available in the centre of Uppingham and could be more significantly signed on the A47 by the highways authority
• The A47 roundabout concerned already has high traffic speeds and requires significant redesign to enable any additional access points


To summarise, CPRE Rutland is opposed to this development because of the cumulative effect of such development on the county’s towns and villages and intrinsically rural landscape within which the site is set. The proposed design is unexceptional and would significantly detract from the visual amenity of the area on an important approach to Uppingham.

Thank you for listening.